Taking Back Control: how the Government is quietly eroding our democracy

The government is quietly centralising power and eroding democracy, by shutting down avenues for scrutiny and opposition. 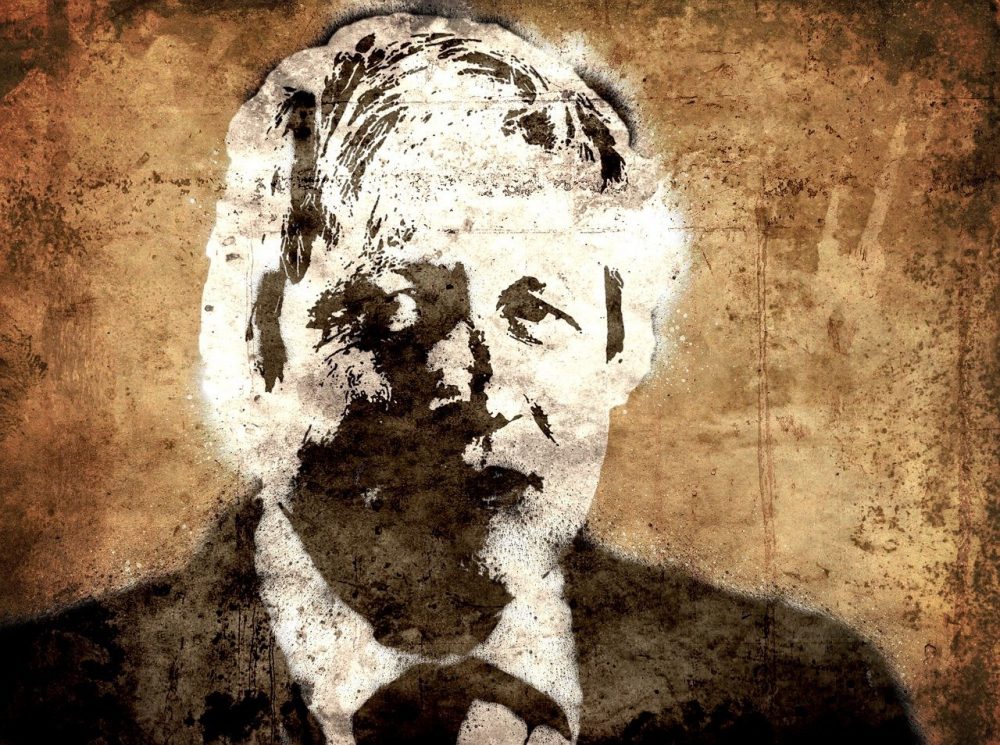 ‘Take Back Control’. It was arguably the message that won the EU referendum, but the masterful slogan adopted by the Vote Leave campaign is taking on a new, sinister meaning, as the Government continues to transfer considerable powers from Parliament to the executive.

Last week’s vote to lock in cuts to foreign aid has been heavily criticised by charities, campaigners and opposition parties. But less attention has been paid to the unprecedented constitutional mechanism used to pass this law. As Labour Peer Lord Charlie Falconer explains in a detailed Twitter thread, the Government amended the absolute duty of meeting the target spend of 0.7% of gross national income, contained within the International Development (Official Development Assistance Target) Act, not by amending the act itself, but by using their majority in the House of Commons to override that law, through a ministerial statement. This, Lord Falconer writes, is ‘constitutionally unprecedented’. But the example set by this case could now pave the way for the Government to effectively bypass legal duties contained within other Acts of Parliament.

This worrying development is just the latest stage in a creeping centralisation of power, with the Government affording itself and its agents ever greater latitude to pass and break laws, while shutting down avenues for scrutiny and opposition, be that through Parliament, protest, or the courts.

“Is sovereignty only to be restored to the executive?”

Leaving the EU was supposed to be about regaining ‘our sovereignty’, but much of the legislation associated with Brexit has been used to seize greater powers for the Government at elected representatives’ expense.

The implementation Bill for the Trade and Cooperation Agreement between the UK and Europe, for example, gives ‘incredibly broad powers to Ministers to make laws and override Acts of Parliament’, the Good Law Project notes. Section 31 of the bill effectively allows ministers to pass laws without having to consult Parliament, as long as those laws are related to the Trade and Cooperation Agreement.

These powers were pushed through surreptitiously as part of a bill that MPs had just one day to scrutinise, with apparently little choice but to vote it through in order to avoid ending the Transition Period without a functioning trade deal with the EU (although this in fact turned out to be false).

Labour MP Clive Lewis was one of the very few to pick up on this power grab during the parliamentary debate on the implementation of the TCA, asking rhetorically, “Does the restoration of sovereignty not extend to democratic oversight by the elected members of this house, or is sovereignty only to be restored to the executive?”.

David Hencke has further highlighted that legislation enacted since the 2016 referendum ‘is peppered with Henry VIII clauses – handing ministers significant latitude to change the law’ without those law changes passing through Parliament.

A report published by the House of Lords Select Committee on the Constitution on 9 June 2020, entitled Brexit legislation: constitutional issues, noted that, ‘[a] distinguishing feature of the Brexit bills [implemented since the 2016 referendum] was the extent of the delegated powers they contained. Many were skeleton bills, providing broad powers to ministers to create new policy regimes and public bodies for the UK after Brexit with little or no detail as to what policy would be implemented or the nature of institutions which would be created.’

Under Boris Johnson, the power grab has intensified, with the Government attempting to put itself and its agents beyond the rule of law, wherever possible.

Perhaps frustrated at its 2019 defeat over the unlawful prorogation of Parliament, the Government launched an independent review into judicial review, the process by which public claimants can use the courts to challenge the lawfulness of a decision taken by the government.

Point 4 of the Terms of Reference for the review, led by the ominously named former Conservative minister Lord Edward Peter Lawless Faulks, stated euphemistically that the review should consider ‘…whether procedural reforms to judicial review are necessary, in general, to “streamline the process”’.

The president of the Law Society, David Greene, commented:

“Judicial review has a vital place in the UK’s constitutional balance of powers between the executive, parliament and the courts. It must continue to have the teeth to provide a check on misuse of executive power, by whichever government of the day, and to ensure accountability of all public bodies.”

Writing on Twitter, Jolyon Maugham of the Good Law Project more prosaically explained: ‘Judicial review is how we get judges to look at whether Government is giving huge PPE contracts to its mates. Remember that when the Tories try to narrow it or shut it down.’

Despite these fears, however, the review concluded that, ‘Judicial review is considered an essential ingredient of the rule of law in the care of an independent judiciary’, and that, ‘[t]he ability of the courts to interpret and apply the law in individual cases should not be restricted’.

Undeterred, the Government responded by launching a public consultation on the matter, with Lord Chancellor Robert Buckland claiming that the proposed reforms would ‘defend the judiciary from being drawn into political questions’. The Faulks review seems unlikely to have spelt an end to the Government’s attempts to limit the powers of the judiciary.

Everywhere you look, the Government is making it harder for lawyers, campaigners and ordinary citizens to hold it to account.

The highly controversial Police, Crime, Sentencing and Courts Bill was back in the headlines recently, as it passed through the House of Commons. Campaigners warn that the wide-ranging bill poses ‘a serious threat to the right to protest’, and are disquieted by the provision for prison sentences of up to 10 years for such vaguely formulated offences as causing ‘serious annoyance or inconvenience’.

The Government has already forged ahead with legislation which explicitly gives the police, MI5, and other public authorities the power to break the law. The highly controversial ’Spy Cops’ Bill, criticised by the UN Special Rapporteur for Human Rights and Environment for threatening human rights and “shrinking civic space”, became law on 1 March. Green MP Caroline Lucas commented at the time that, ‘[t]he Covert Human Intelligence Sources (Criminal Conduct) Bill sounds sinister and it is. The authorisations it contains would amount to an express power for agencies like MI5, the police and other public authorities to permit their agents and informants to commit criminal offences’.

The bill removes specific limitations on the most serious criminal offences, such as rape or murder, and allows such offences to be committed not only when reasonably believed to be necessary or proportional, but in a wider range of situations, including to ‘prevent disorder’ or maintain ‘economic well-being’.

Meanwhile, the Overseas Operations Bill, passed in April, gives greater latitude to British soldiers overseas. The bill ‘creates a presumption against prosecution of torture and other grave crimes (with only rape and sexual violence excepted) after five years’. This disregards the absolute prohibition of torture enshrined in international law since shortly after the Second World War.

Those who enforce the law are increasingly being placed above it.

What can we do?

These measures are part of a systematic attempt to centralise power, obstructing scrutiny of and challenge to government actions. David Allen Green and others have highlighted that there is little that can stand in the way of a UK government with a sizeable majority. But, if there is one thing this prime minister cares about, it is public opinion. Time and again, he has shown that he will bow to public pressure, be it on free school meals, lockdowns, or A-level results.

A combination of careful scrutiny of bills coming through Parliament, and mass outrage, whether expressed on social media or in the streets, is perhaps the most effective means to change government policy, and curb Boris Johnson’s authoritarian instincts.