Aidan Baker continues his exploration of towns and villages in East Anglia that gave their names to tunes used for Christian hymns. 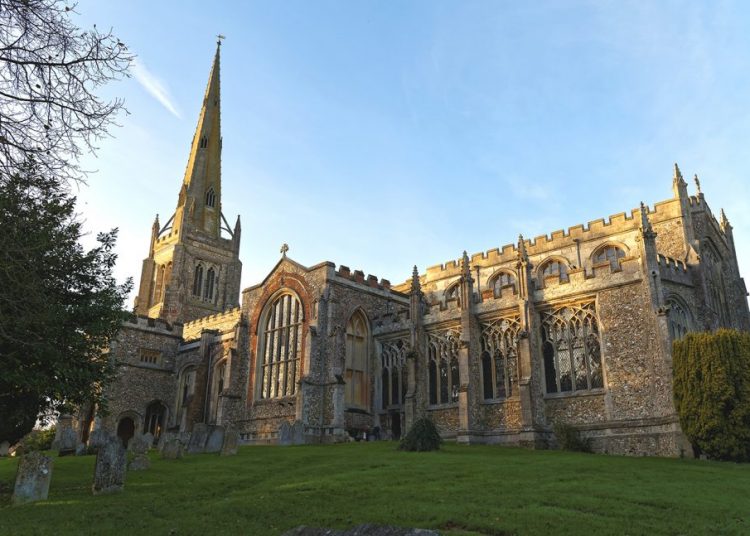 The town of Thaxted in Essex is suitably proud of the tune ‘Thaxted‘.  The tune was written there, by a man who loved the place, and it did service in a work for orchestra before its adoption for use with hymns.

The story’s an interesting one, branching out in several directions.

Gustav Holst and his music

The composer of the tune, Gustav Holst (1874-1934), first came across Thaxted on a walking tour in 1913 and fell in love with it for its timber-framed Guildhall and its enormous late-medieval church. He made Thaxted a weekend retreat for himself and his family over the next twelve years and wrote music there.

His favourite musical advice was “Never compose anything unless the not composing of it becomes a positive nuisance to you”.  That points to his conscientiousness at his day job, teaching music in St Paul’s Girls’ School in London. And it points also to the strength of the inspiration that forced its way through when it could – in the weekends and school holidays he spent in Thaxted.

One of the works he wrote there, the large-scale suite for orchestra The Planets, portrayed the astrological characters attributed to seven of the planets in the solar system (Mars the bringer of war, Venus the bringer of peace, Mercury the winged messenger, and so on).

To Holst’s surprise, the work made him famous – not a state he enjoyed.  He much preferred making music outside the limelight and discussing it with fellow composers such as his lifelong friend Ralph Vaughan Williams. We’ve met RVW on this site before.

The hymn ‘I vow to thee, my country’

In 1921, Vaughan Williams passed to Holst a poem that he’d been asked to set to music.  The poem had the title ‘Urbs Dei’ (‘The city of God’), and the first line “I vow to thee, my country“. Vaughan Williams declared himself too busy to set it.  Holst’s daughter Imogen wrote many years later that her father was too “overworked and over-weary” to make any new music for it.

But he was engaged enough to notice that it fitted some music he’d already written.  One of the movements in The Planets was ‘Jupiter, the Bringer of Jollity’, and the movement culminates in a melody that fills the hymn metre 13.13.13.13.D of these words.  It may even have been first heard on a church organ.  Holst’s friendship with Thaxted church’s ‘Red Vicar’, Conrad Noel (1869-1942), had brought him permission to play the instrument there when he liked, and he improvised there with joy.

Holst set ‘Urbs Dei’ for unison choir and orchestra in 1921, and adapted it a few years later to fit the hymnbook Songs of Praise. It was at that stage – when it was in a hymnbook ­­– that he gave the tune the name ‘Thaxted’.  But he didn’t think the version in ‘Jupiter’ should be performed as though it were a hymn.

Back-story to the words

‘Urbs Dei’ was the work of Sir Cecil Spring-Rice (1859-1918), a complex figure who had served as British Ambassador to the United States. The version that reached Vaughan Williams had been circulating in manuscript since Spring-Rice’s death.

His six years in Washington are remembered for the success of his efforts to bring the United States into the war against Germany, and a welter of other things around them — his pleas for the reprieve of Roger Casement, his quarrels with other senior British personnel in America, the humiliating recall from his post that was followed by his death at 58.

The revision of the poem appears to owe something to dealings with Secretary of State William Jennings Bryan, another man with a very mixed legacy.  What Spring-Rice responded to was Bryan’s belief that conciliation between countries was better than aggression. The diplomat’s original first verse had referred explicitly to warfare:

It isn’t clear what Bryan made of Spring-Rice’s second version.  Warfare is sanitised in it, with “the love that asks no questions” and “makes undaunted the final sacrifice”.  But there’s no talk of conciliation.

Perhaps we should see it as the work of a man torn on the flaws of his own success.  They struck a chord in a heavily-bereaved country that was building war memorials but was often not happy with them; a country experiencing what the writer Osbert Sitwell (1892-1969) was later to remember as “a moratorium on patriotism for fifteen years”.

Other words to the tune

A tune as good as ‘Thaxted’ can’t be confined to just one set of words.  hymnary.org at the time of writing lists 80 hymns that have been hitched to it.  ‘Let’s start a big commotion‘ from the Secular hymnal is a single verse that could be adopted or expanded in support of any cause.  Jill Jenkins‘ wedding hymn ‘We pledge to one another‘ movingly echoes the text of ‘I vow to thee, my country’ to praise a love that is more attainable.  Not in hymnary.org yet is Adam Carlill‘s ‘We praise you, God of heaven’, a version of the Te Deum in his Psalms for the Common Era.

Other inspirations for the tune?

If you followed this link at the beginning of this article to Thaxted’s pride in its tune, you’ll have found the article ‘I ring for the general dance’ and its intriguing suggestion that The Planets may owe even more to Thaxted than is generally assumed.  From books like Richard Greene’s Holst, The Planets (CUP, 1995) we know that the planetary titles were added to the score at a late stage.  At what point did the planetary ideas come into the inspiration?

The author of ‘I ring for the general dance’ interviewed relatives of Holst, and people whose parents remembered Holst around the town, and had seen him all wrapped up in inspiration. The post offers movement-by-movement links between the music and Thaxted.

‘Mars’ is not war but harvest. ‘Saturn the bringer of old age’ maps on to an ascent of the church tower. ‘Neptune the mystic’ (“surely not the storm-bringing god of the sea”) is Thaxted by night.  ‘Jupiter the bringer of jollity’, whose tune Holst adapted for the hymn, gets a detailed Thaxted synopsis:

“Starting at the base of the market in Town Street, with snatches of folk-songs, and market cries, walking up Stony Lane past the Cutlers’ Guild-hall with slower plodding steps, a pause as we reach the churchyard, and a sudden solemnity; Then up to the porch of the church. Bursting into the sound of the hymn (later given the words ‘I vow to thee my country’) and crossing to the north porch. Then out across the churchyard and around the shops in the bullring and in Watling Lane with bustling music and brief snatches of tunes and song. Then suddenly we are dancing down Watling Lane to a wild version of the theme we heard when trudging up Stony Lane, to catch sight once more of the full splendour of the church near Clarence House.”

The author told me he does not press his interpretations. “It is a bit like an old after-dinner game, best kept light.”  But next time I visit Thaxted I won’t take just a map. I’ll have that post, and a recording or refreshed memory, of The Planets, and occupy myself seeing how they match.

One source of information for this article is the book O little town: hymn-tunes and the places that inspired them by Mark Browse (M. Browse, 2015: £10). 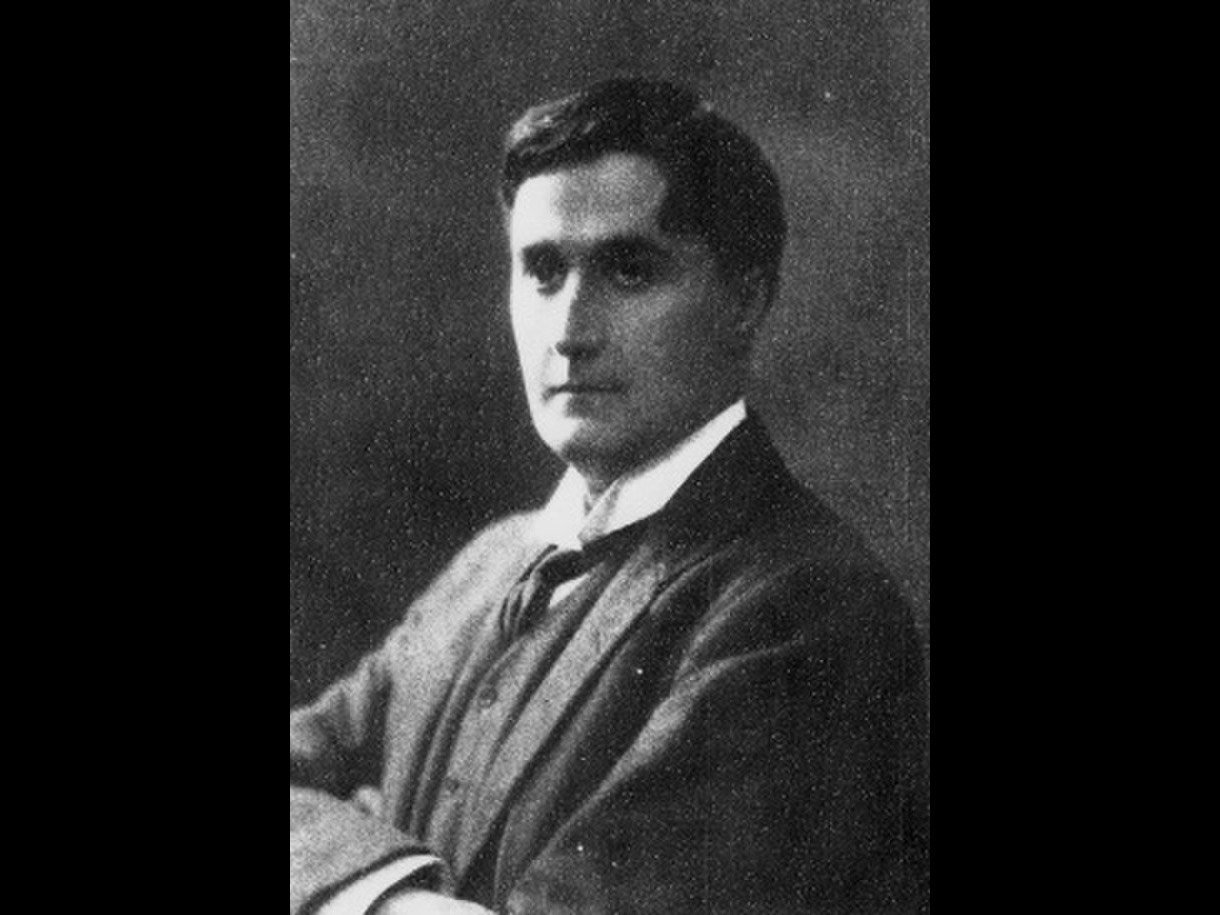 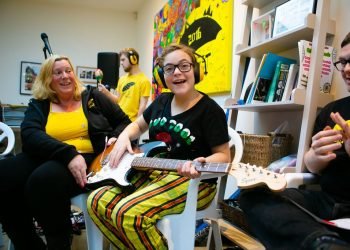