While it is risky to build a reactor on an eroding beach, nuclear science has made good contributions to humanity that shouldn't be forgotten 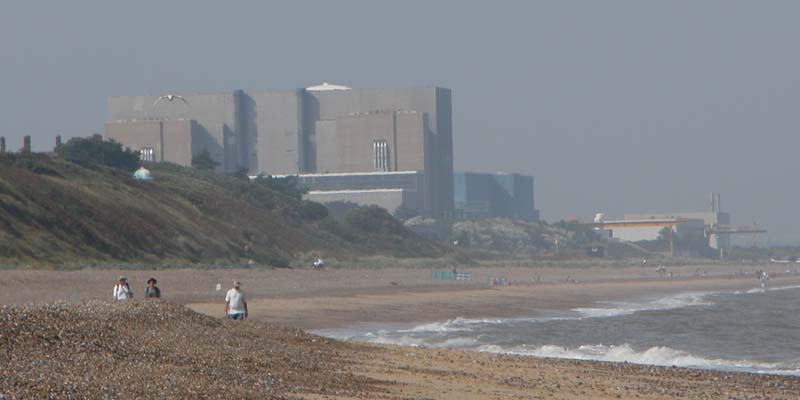 Photo of Sizewell B, next to which the proposed Sizewell C reactor will be built. Photo by William M. Connolley at English Wikipedia

Many of the supporters of the building of nuclear reactors C and D on Sizewell beach assume that those of us who oppose this project are ignorant of nuclear science.

Nuclear science has made a huge contribution to humanity. It has saved millions of lives.

I had the privilege of working with some of the nuclear scientists who developed and refined these life saving technologies. I also met the scientists who worked on the establishment of the UK’s first nuclear reactor at Windscale in 1956.

This facility was designed to produce material for the UK’s nuclear bombs. The side effect of this production process was immense heat. This heat was dissipated with water. That produced steam. The steam could be used to drive turbines. The electricity produced from nuclear power stations is not from some magical nuclear reaction – it comes from those steam-driven turbines.

It is a technology originally developed using coal, coke and gas and oil to produce heat to boil water to make steam to drive turbines. The sadness is that this process pumps carbon pollution into our atmosphere. We now know that these turbines can be effectively driven by wind, tide and flowing water, producing no pollution.

While Nuclear fission reactors do not pump carbon pollution into our atmosphere, the building process certainly does.

However, these reactors, their uranium isotopes and the radio active waste they leave will remain a hazard to humanity for thousands of years.

If we are to build these reactors, then the selection of sites is critical and must consider the predictable status of that site in one thousand years time.

I do not know of a single nuclear scientist who could consciously support the building of huge nuclear fission reactors on an eroding and subsiding beach at Sizewell.

We have a duty to stop the building of Sizewell C and D. It is quite simply the wrong place.