The best and worst of leadership

It’s sobering to compare and contrast the way two men have come to symbolise the best and worst of leadership in Britain today. 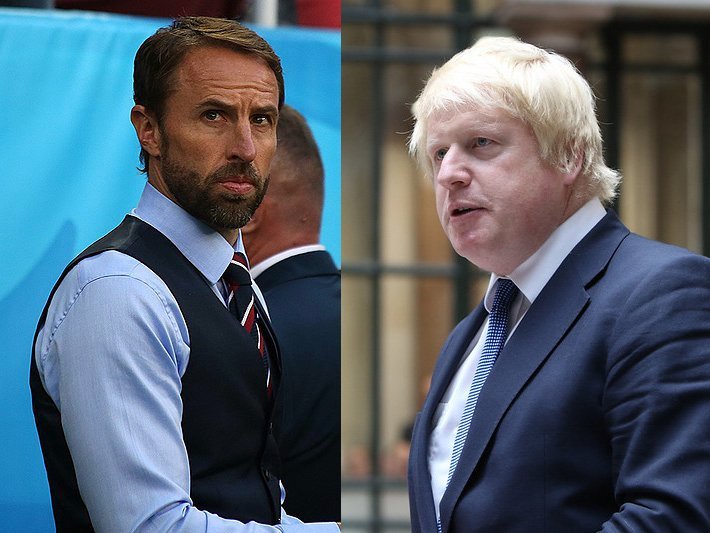 We live in challenging times. And it’s sobering to compare and contrast the way two men have come to symbolise the best and worst of leadership in Britain today.

Expert and strong-minded, quiet and self-effacing, principled and dignified, Gareth Southgate has earned universal respect, has set the tone of an important public debate. His inspirational and patient coaching has taken his outstanding young team to within a whisker of achieving the seemingly impossible. After decades of international embarrassment, the English football team is at last world class, and last week very nearly snatched the Euro Cup from the strongest team in the competition.

Southgate’s uncompromising moral lead, his demand for the highest standards, on and off the pitch, and in the way people of all backgrounds in this country should be treated – always with unconditional respect – is setting the tone for how the beautiful game is evolving and the way the country now feels about itself.

By contrast, we have an attention-seeking Prime Minister more than happy to play dog whistle politics, appealing to the very worst in human nature. If there are votes in it, Boris Johnson is more than happy to mock Muslim women, appeal to xenophobia and racism by caricaturing the European Union as The Other, endorse a Home Secretary who bullies her staff and flirts with racism.

Anything to secure and maintain the tenancy of No 10. It has been his driving ambition since he was a child.

There are no moral principles involved but self-interest. Johnson famously wrote flamboyant articles in favour of Leave and Remain to test the waters, choosing at the last minute the side he thought would advance his career. His current catch-phrase is “levelling up”. This from a man who insists he cannot afford to live on a Prime Minister’s paltry salary! When many families in Britain have to rely on food banks, the PM spends thousands of pounds a month on take aways.

Like Conrad’s Mr Kurtz, Johnson is a Hollow Man. He can persuade himself to believe anything that he thinks will make him popular. A video circulating on Twitter catalogues the PM’s direct lies to newspapers, to Parliament and to the British public. Although the BBC has been prevented from broadcasting them, those clips have now been shared over 25 million times.

Our country is being led by a man without a moral compass. Someone who has the greatest difficulty distinguishing Truth from Falsehood. Or of caring which is which.

We live in challenging times. The Pandemic and Climate Change now threaten the well-being of everyone on the planet. More than at any time since the rise of Fascism, the country is crying out for principled, bold, intelligent, selfless leadership, uniting the country’s talents, working together with our friends and neighbours for the common good.

It is a shocking indictment of the state of England that it is our football team’s coach rather than our Prime Minister who is setting the moral tone, who possesses the qualities of leadership we all so urgently need.