Boris Johnson has suggested a return to imperial units, so pounds and ounces could be visited upon us shortly. 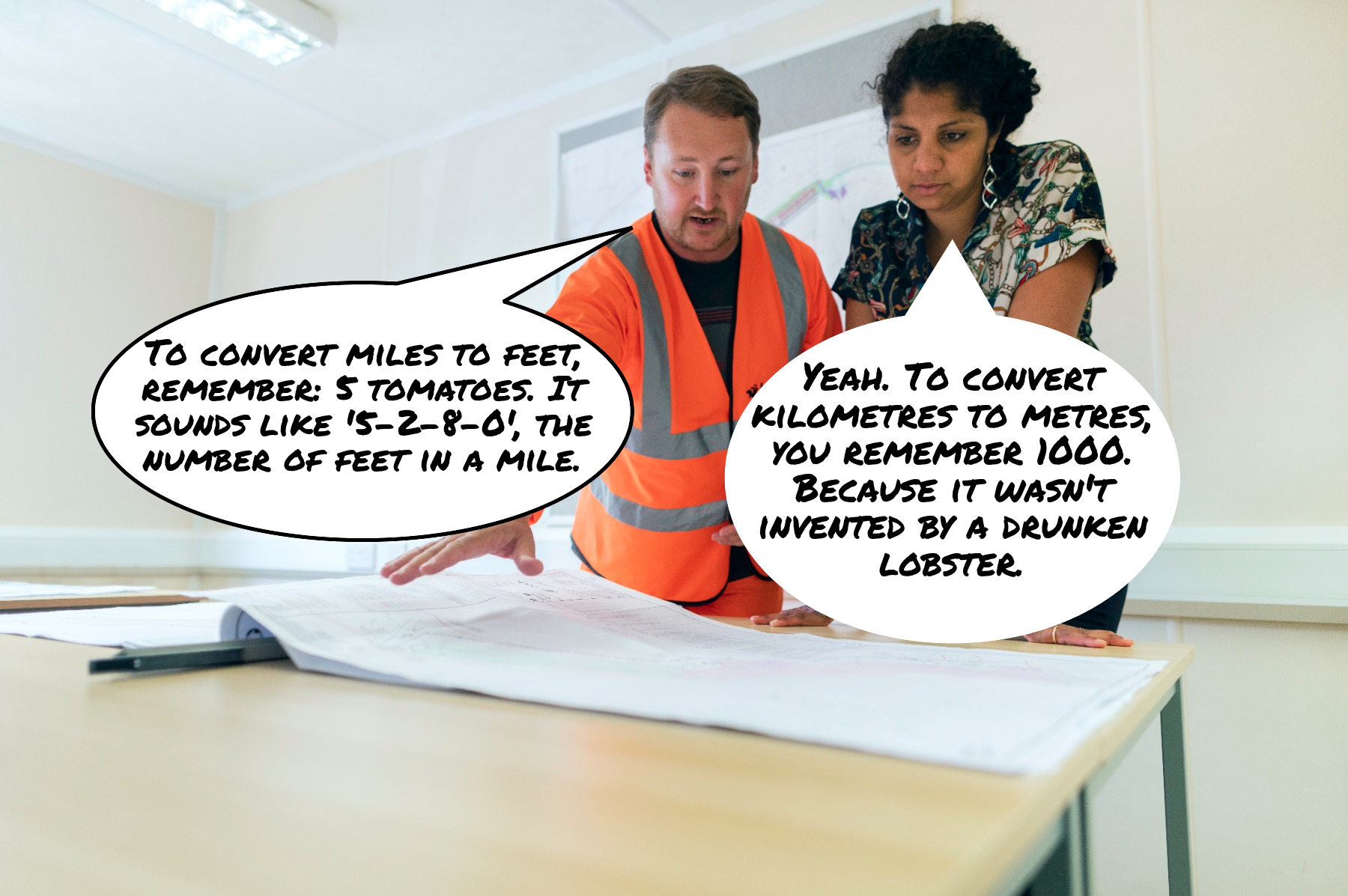 How to remember imperial measures. Photo by ThisIsEngineering from Pexels.

Mr Johnson has heard his supporters’ appeals for a return to imperial units, so pounds and ounces, perhaps along with other old favourites, could be visited upon us shortly.

This is mainly for those who lamented the change from imperial to metric, although anyone can join in. There are a couple of rules – calculators are allowed, but search engines are not.

Ten questions on imperial units, three about mass (weight), and seven about length/area/volume. Answers at the end of the article.

1.  How many pounds are there in a hundredweight?

2. How many stones in an imperial ton?

3. How many ounces in a quarter?

5. How many chains in a furlong?

6. How many barleycorns in an inch?

7. How many acres in a square mile?

8. How many perches in a rood?

10. How many fluid ounces in a gallon?

Imperialists, how did you get on? All ten correct? Knowing his or her national units is a sign of a true patriot.

Was it a bit of a struggle?

If, for some reason, you didn’t score 100%, what was the problem? Perhaps I can hazard a guess.

You get my drift.

Mankind has long used base 10, probably because he counted his thumbs along with his fingers. There is an argument that, had he ignored his thumbs, we would have base 8, or the octal system, which is a direct relation to binary (because 8 is 23). However, base 10 it is, which is why we have units, tens, hundreds, thousands etc. in the arithmetic we do in primary school.

I am probably of the last generation who, in primary school, had to chant (as a means of rote learning):

And then do the various multiplications to implement the conversions.

Should the imperial system be re-introduced into our lives, it follows that it will have to be taught in schools. To what end? “It’s traditional” – so what? “It’s good for tourism” – do me a favour – you think tourists like confusion?

So, Johnson supporters, please think twice before you decide to inflict this waste of time on British schoolchildren – possibly your grandchildren – they have enough on their plates.