A look at human interference with the River Dove through modification in the past to revival in the present and restoration for the future. 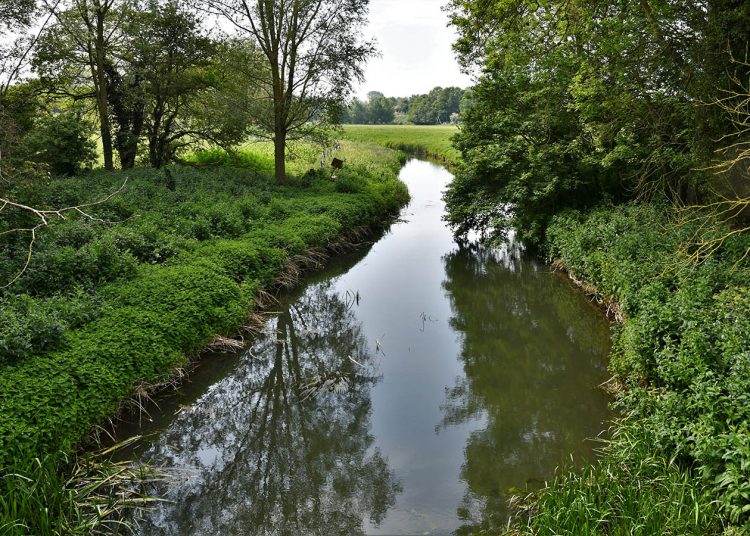 The River Dove is a tributary of the River Waveney in north Suffolk, rising in two major streams at Finningham and Mendlesham, and flowing north to meet the Waveney just east of Diss, at Oakley.

The river is steeped in history, especially surrounding the town of Eye – so named because early settlements here would have been almost entirely surrounded by water and marshland, forming an ‘island’. Local medieval legends feature stories of water, including tales of King Edmund the Martyr’s capture and killing by the invading Danes, after his spurs were seen glinting in a reflection in the Goldbrook stream while he hid under a bridge.

In these past times, the Dove landscape was considerably wetter and wilder. Local anecdotes suggest the Benedictine Priory of St Peter, built in 1010, used French stone, transported by boat up the River Waveney and then the Dove – a feat unimaginable now. The rivers then were extremely important for trade and commerce until the development of the railways, with malt, grain, coal, and other goods carried in small craft between the market towns and shipping at Great Yarmouth.

But the River Dove has been changing, and today, looks significantly different. An expanding population, agricultural and industrial intensification, and climatic changes have all been putting pressure on our river. It maintains a vital role in our livelihoods, providing water for agricultural and industrial abstraction. However, combined with centuries of drainage work throughout the catchment, this has largely confined the river to a small, straightened, deepened and silty channel, carrying much less water and disconnected from the natural floodplain.

Heavy modification of the river channel has led to habitat loss and low dissolved oxygen, which threatens many aquatic organisms. Nutrients and pollutants from agricultural land, sewage, road run-off and industrial waste have also caused a decline in water quality. In particular, high concentrations of phosphate lead to excess growth of algae or weeds, which blanket the river’s surface, blocking out light and using up oxygen – a process known as ‘eutrophication’.

Sadly, iconic species have been lost or are in steep decline. For example, the brown trout is dependent on clean, gravelly, meandering riverbeds to spawn, but they  are all but gone in the Waveney catchment; the European eel,  a species capturing many hearts, struggles to pass the many weirs and barriers on its way upstream to the Dove.

But not all is lost

In 2021, the River Waveney Trust (RWT) secured a grant from DEFRA’s Water Environment Improvement Fund for riparian habitat improvements, and to help address pollution in the River Dove sub-catchment. This involved bankside tree and hedge planting, as well as creating two small-scale flow deflectors, made of natural materials.

Over time, the trees will provide shade and help to keep the river cool, which means the water can hold more oxygen, on which all life depends! Trees also support a wealth of biodiversity, stabilise the riverbanks and help to improve water infiltration into the soil. They can buffer the river from pollutants, too, especially when planted as a hedge, to protect the river from neighbouring intensive farmland.

The new flow deflectors were designed to kick-start the natural re-meandering (or re-wiggling) of the river. This helps to clean the gravel riverbed and recreate glide, riffle and pool habitats that each support different species of wildlife. Materials for the deflectors came from the local Eye Town Moor and from the Suffolk Tree Warden Network, highlighting the benefits of local partnership and collaboration.

This river restoration project was one of the first for RWT’s small team of three staff members, but thanks to expert guidance from local ecologist Penny Hemphill and strong volunteer support, the finished piece was deemed a success! Thanks must also go to all the landowners involved, who offered up precious riverbank spaces in need of some TLC.

Meanwhile, RWT work continues throughout the River Dove catchment, with a National Lottery grant, to create small leaky dams for Natural Flood Management. These structures hold back a small amount of water during times of high flow, which is then released more slowly as water levels drop. This helps to reduce the intensity of flooding downstream. RWT is also building an exciting collaboration with Eye Outdoors Group, seeking to address pollution from local industry.

The vision for the River Dove is one of clean streams trickling into meandering pools and riffles, connected to ancient floodplain meadows, all managed sensitively to support a rich diversity of life. We have some way to go, but the work of RWT staff and volunteers is putting the Dove firmly on the map and on the road to recovery.

More from Rivers of East Anglia 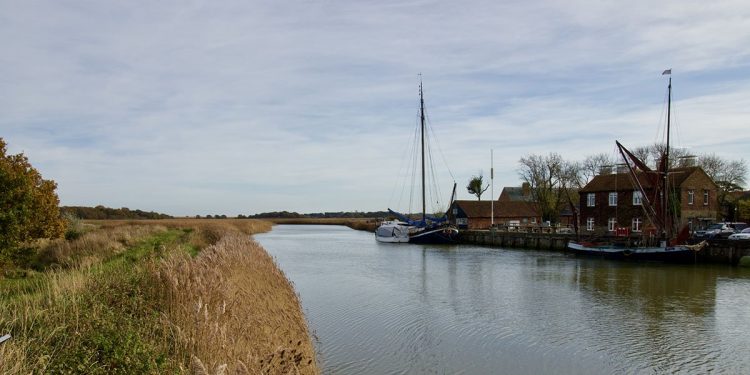 Emily is a Catchment Project Officer with the River Waveney Trust. She is currently facilitating the Waveney, Water and Woodland farmer cluster, delivering the Water Sensitive Farming initiative in partnership with Norfolk Rivers Trust. She has over five years’ experience in aquatic ecology, including working on a Broadland fish tracking project as part of her PhD research. She was also raised on a family farm in the Waveney catchment and has a broad knowledge and understanding of agricultural practices.

To reduce the risk of severe covid, "Covid Fit" launches