In a letter to a constituent, Therese Coffey sits on the fence over Partygate and the Prime Minister's numerous lockdown transgressions. 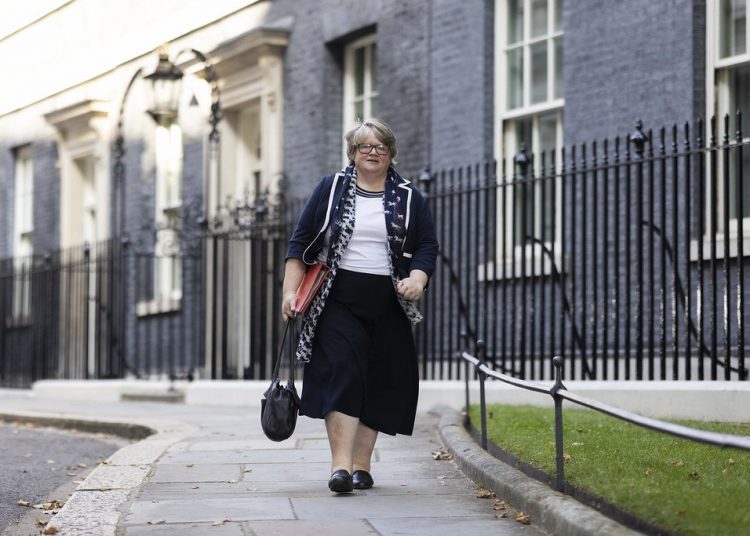 Credit where credit’s due: A week or so ago I wrote here that I had contacted my local MP, Therese Coffey to ask her where she stood on Partygate and the gathering evidence of criminality at Number 10 while the rest of us, or most of us, obeyed the rules.

I wrote here that I had received no reply from my MP on one of the most important issues of the day, though when Johnson made his, in my view, half-hearted apology in the Commons she was sitting quite close to him.

I have just received a courteous and lengthy letter from Ms Coffey setting out her views. Written to me personally at my address and signed by her.

It contains no surprises. The PM has accepted that errors were made, I was at PMQs and saw how sincere he was, there is an inquiry being led by Sue Gray, he has worked tirelessly, etc, etc.

Not sure I accept the genuineness of his contrition. The letter just predates the news that the Metropolitan Police have at last launched their own investigation, which given the weight of evidence piled up, including records of swipe cards to show who was where and when, begins to resemble the easiest game of Cluedo ever. Boris Johnson, in the Cabinet Room, with a cake.

Still, all credit to Ms Coffey for replying.

For what it is worth, I believe Johnson has a 50/50 chance of making it through the next couple of months, though there seems, as I write, to be uncertainty whether the Gray report will have to await the results of the police investigation, which would kick it a few months down the road.

I think he has almost no chance of fighting the next election. He is so toxic on the doorstep that he will be a liability, and we all know what the Tory grandees do with electoral liabilities. The belief that it will all be forgotten by then seems naïve even by the standards of some of the backbenchers standing up to defend Johnson.

I read his aim is to survive longer than Cameron was in Number 10. No idea why. It must be some kind of Eton thing.