It’s not that the Tories can’t choose a leader, it’s that they can’t decide who the party is or what it represents 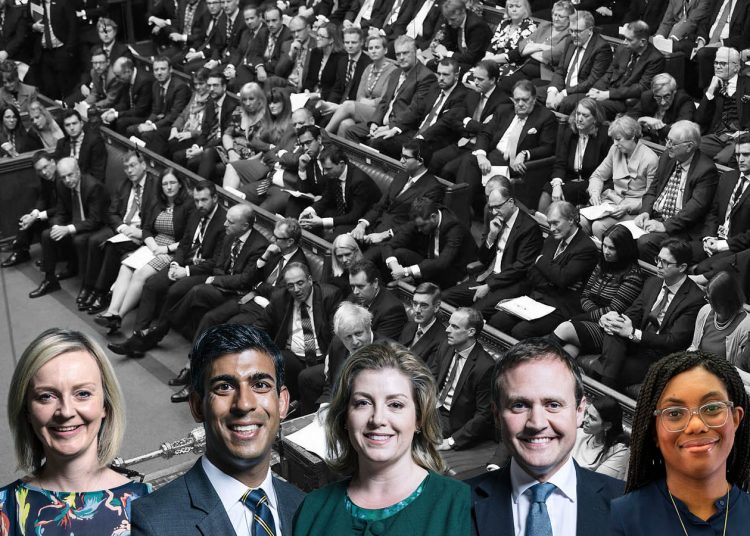 The most honest and most compelling words spoken during the current Tory leadership race were from Sajid Javid, immediately after his elimination: “I believe the party must now look outwards, not inwards, if we are to win again.”

They are words he would never have dared utter had he still been in the contest, because they imply serious criticism and require of both MPs and members a realisation they are unwilling to consider. At least one of the remaining candidates will certainly share his view, though knows that to express it would be the kiss of death. Reality and the Tory party have been growing apart for years.

So confrontation with reality is the one thing the remaining combatants will avoid. In fact, they know that reality doesn’t need to intrude, so unwelcome is it among the faithful. They can make the most reckless promises on the economy, knowing they will be knocked down by commentators and by Sunak but that will make no difference. The decision on a new leader won’t be based on reality.

It will be based on delusion. Not all Tories believe in it, but those who don’t, keep their heads down. They will be the most bewildered of all, because at heart there is a good reason why the party is having difficulty in choosing a new leader. A leader is supposed to represent the party, and the party doesn’t know who it is any more.

Tory voters want what all voters want, but Tory members want something different

What is the party for? What are its principles? Every Tory member probably adores Margaret Thatcher, yet she would have claimed the European single market as being her greatest achievement, and the members have just cast it aside in fury and contempt. So they like the bits where she sits in front of a flag and looks disgruntled, not necessarily her policies. A problem with reality.

A huge survey of British political opinion last year – Britain Speaks! – concluded that though there are clearly divisions between the political tribes, they are mostly in approach. Their principles aren’t that different. The four most pressing concerns are shared across the spectrum: the NHS, the elderly, justice and climate change. These issues are important to Tory voters, but apparently not to Tory members and certainly not to their potential leaders. Another problem with reality.

The survey warned the Tory party that protecting the poorest and most vulnerable is high on the public’s priorities, however they vote. But you won’t find it a priority among either leadership contenders or their members. Tax cuts is almost the only thing that, according to the contestants, their members are interested in.

Keepers of the flame of England that no longer exists, if it ever did

The Tories have come a long way in the past few years, but in the wrong direction. At an increasingly precipitous pace they race away from the real world and the concerns of the voters. Modern reality is an alien place to those who would prefer to be living still in the 1950s, when Britain may not still have ruled the world, but everybody was too polite to say so. As Sajid Javid reluctantly acknowledges, it is so much more comforting to look inwards than to question those cherished shibboleths.

Under Johnson however, those delusions were encouraged to run riot, though the effect hasn’t been to encourage the public in droves to join the party. The public increasingly finds the Tories weird. If anything, the delusions have squeezed out the non-believers, those for whom the Tory party was an election-winning machine. That was what it was for. Not just there to encourage nostalgia while the country goes to ruin. The delusions are owned by the faithful, the keepers of the flame of an England – very much an England, rather than Britain – which can’t exist now and probably never did.

So what should the party be for now? Whatever the limitations of most of the leadership contestants, few are so dim as not to realise they are out in front of a partisan audience who are demanding what simply can’t be achieved. So it doesn’t matter what they promise. Expect even more desperate leaps into fantasy before the contest is over, each candidate trying to best guess what purpose their members think the party has, what it stands for. While they can’t answer that question, and in fact avoid it like the plague, they will remain undecided as to who should lead them. 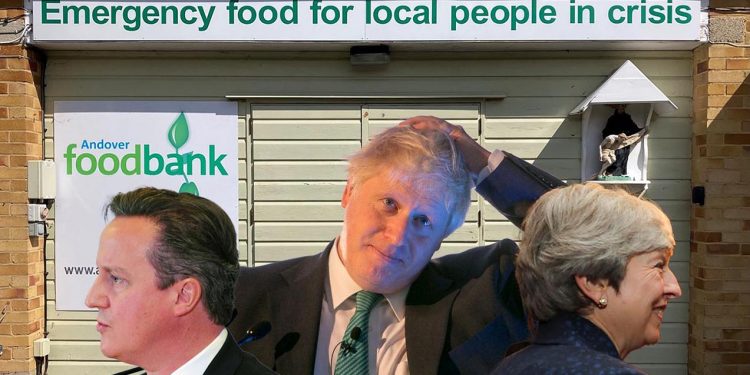