In a farcical by election at Southend, the Tories beat spoiled ballots and a plea for more permissive drug laws to keep the seat. 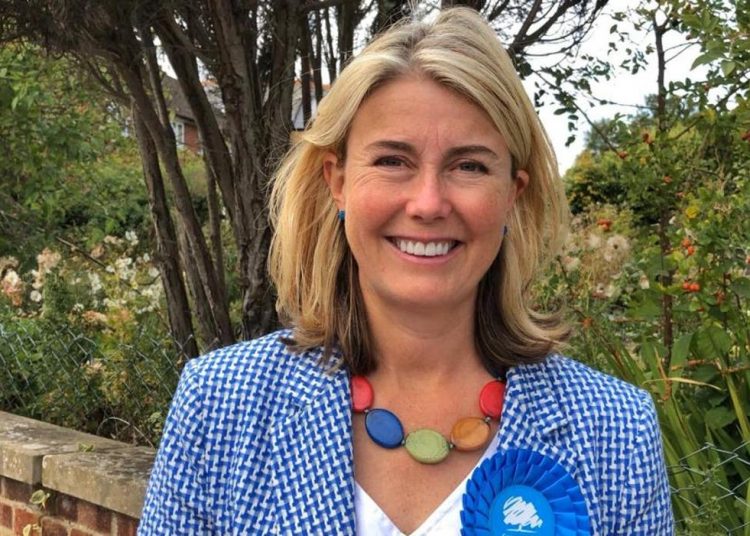 Anna Firth retained the seat for the Tories with 86% of the vote, but that translates into only 12,792 votes since turn-out predictably slumped to only 24%.

The dramatically low turn-out is explained by the decision of the main opposition parties, Labour, Liberal Democrats and Greens, not to stand candidates in view of the reason the by election was called. Her predecessor Sir David Amess was killed on 15 October, and a man is in custody charged with his murder.

Firth, a barrister, promised to “work tirelessly to build on everything” after her victory. It was noticeable however that her speech avoided any mention of national politics or Boris Johnson. That was presumably deliberate, given the present crisis in Downing Street, in spite of her insistence that parties at No.10 were not an issue for the voters.

There were few people at the count. It was noticeable that Firth spoke much more easily on winning than she did earlier in the campaign, when her pronouncements seemed forced and rather obviously under the heavy influence of her party minders.

It can be assumed however that by this time the party minder had gone home and was no longer breathing down her neck. Or perhaps, once elected, Firth felt more like her own woman. In which case it would be interesting to know whether she is tempted as one of her first acts as an MP to write a letter to the chairman of the 1922 Committee.

The Psychedelic Movement’s Jason Pilley came second with 512 votes, though actually he was beaten by the number of spoiled ballots, which was 1084. Many of the spoiled ballots were specific. One said: “Boris, do a Brexit – get out”. Another said simply: “Get Boris out”. One disgruntled voter approached Pecksniff with her and her friends’ complaints the day before the election. They were upset at having what seemed a shoo-in for the Conservatives. As she put it, there is an election with other candidates, just not the sort anyone would want to vote for. So why are we being deprived of those we would prefer?

There is local speculation as to what ‘Dudd’ – James Duddridge (Rochford and Southend East) – will be feeling. He has a majority of over 11,000, which in normal circumstances means a safe seat. But with what may become a meltdown of Tory support, it’s possible he may be feeling uncomfortable.

Anger at lack of candidates

Much of local sentiment seemed critical of the decision of the other parties to pull out of the contest. My colleague Mr Pecksniff last week in his diary made his views plain:

“When there is an election, it is for the benefit of the voters, not in order to comply with parliamentary mores. It is for the voters to decide who they wish to represent them, and that is through an election. There is no disrespect in putting forward a candidate. On the contrary, it shows respect for the democratic process. To withdraw three prominent candidates just to avoid awkward stares in the Commons bars or contemptuous headlines in the Daily Mail does not show respect to the late MP. It is in itself showing disrespect to democracy.”

Anger seemed one of the dominant responses among local voters to the by election. It is quite possible that another party may have been able to topple the Tories, but for other less self-interested reasons too, the opposition parties may be regretting their decision not to stand candidates. At a time when British democracy seems in decay and incapable of serving its people, a by election such as this, in the present circumstances of farce and ineptitude from No.10, only adds to the insult which the electorate are entitled to feel.