While the whole country struggles to believe the PM’s version of events, Bylines can now reveal the extraordinary truth behind the No.10 party 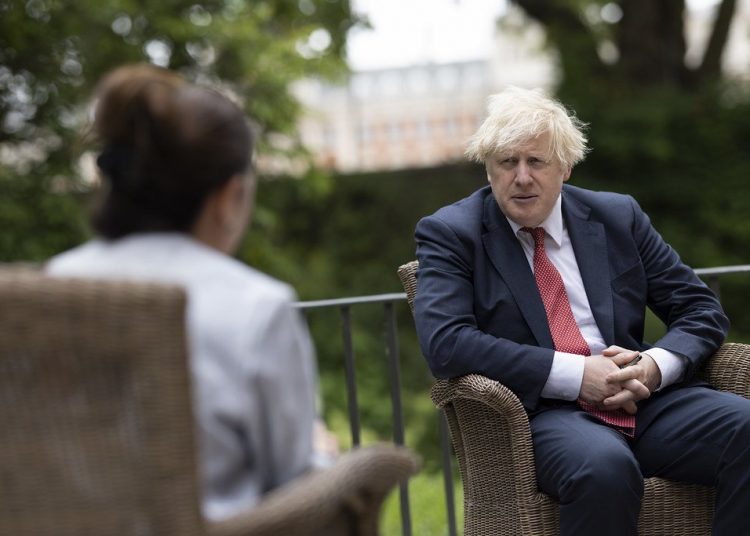 Johnson in the Downing Street garden. Photo by Number 10 via Flickr (CC BY-NC-ND 2.0)

As the swirl of allegations about Boris Johnson threaten to bring him down, East Anglia’s Tory MPs have played their part in the unfolding story as heroes or villains, depending on your views of the party invitation work meeting.

Government ministers have fallen in behind Johnson, probably without the need for persuasion by the whips. More interesting are the responses from backbenchers, many of whom may have ideas of preferment on their mind, though even from the fastnesses of the Westminster eyrie they can’t be unaware of the rage felt universally around the country.

Local press and broadcast media across East Anglia have focused on the many anguished families who have lost members and were unable to be with them at their death. This is the stuff of local news, showcasing bereft brothers and heartbroken parents.

No doubt the press are aware that what may have seemed out of step in being seen to criticise the government a few months ago, is now no longer something to tuck away on the inside pages. Local press have never liked upsetting readers, but perhaps their apparent new willingness to hold local politicians to account has something to do with a perceived change in public opinion.

Even if MPs don’t personally read their local press – though woe betide any who will admit it – they have people in the constituency who will keep them abreast of what’s happening in their own backyard.

“’Despicable’ – Families of lost loved ones ‘let down’ by Boris Johnson”, says a headline in the East Anglian Daily Times.”‘As Boris Johnson partied, I was grieving for both parents’” is a story in the Eastern Daily Press. Family tragedy is meat and drink for local media; political tragedy not so common. 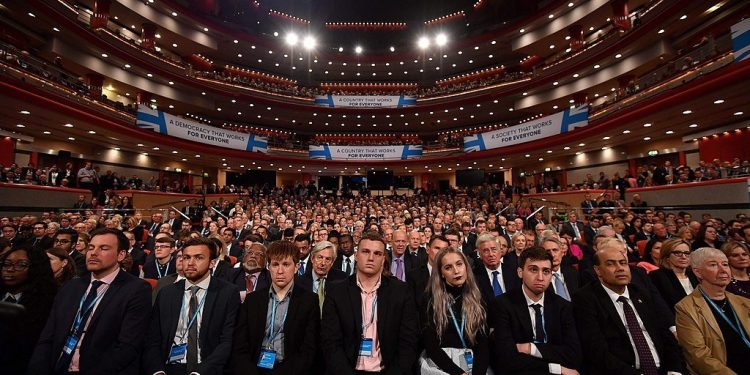 Dutiful government ministers like James Cleverly, MP for Braintree, obediently repeat the same safe statements, kicking the can down the road:

“As I said earlier today to the press in Brussels, the PM was absolutely right to make an apology today and explain what happened. It is now right to await Sue Gray’s findings.”

Note how Mr Cleverly manages to mention that he made his statement from Brussels, which somehow both distances himself from Johnson and also makes a point of stressing what an important man he is.

Nadine Dorries (Mid Bedfordshire) declares: “The PM was right to personally apologise earlier. People are hurt and angry at what happened and he has taken full responsibility for that. The inquiry should now be allowed to its work and establish the full facts of what happened.”

Therese Coffey (Suffolk Coastal) piled in: “I agree with Nadine. I saw how sincere the PM was” – presumably from studying the back of his head – “and I know how he has worked tirelessly to tackle coronavirus, striving to protect lives and livelihoods.”

That is not a statement likely to deter those voters in her constituency who are working tirelessly to remove Dr Coffey at the next election.

One MP hedges his bets

Backbenchers also felt the breath of the whips down their neck, but some like Dan Poulter (Central Suffolk and North Ipswich), who has already had his stint in government and is also a working NHS doctor, were less inclined to bow the knee.

“I am pleased that the Prime Minister has apologised, but it’s not much consolation to those of us who cared for patients on the frontline of the NHS and saw them die of Covid,” says his statement. “I hope the inquiry is conducted very quickly and should the Prime Minister be found to have actively misled Parliament, or if he faces criminal sanction (or both), then his position would be untenable.”

However, Poulter would not be drawn on whether that untenable position would mean a demand for Johnson’s resignation.

At last the truth can be told

But one whose words of euphoria about the prime minister seem to have gone astray is Will Quince (Colchester). He may be described as the leader of the Boris Johnson Appreciation Society. It was Quince who, after his grovelling get well card to the PM after his bout of Covid received a response, assured his constituents that the PM had “sent his love to the whole of Colchester”.

In fact, when Quince lost six stones in weight the Colchester Daily Gazette announced: “MP Will Quince says 6st weight loss down to Boris Johnson and Covid”. It was unclear whether Johnson’s part in this involved the touching of raiment or the laying on of hands, but perhaps that was the way Quince caught Covid.

As yet, Quince has still to give us his view on the party, perhaps inhibited by those grieving families among his own electorate. We look forward however to hearing how Johnson turned the water into wine, and how that explains the confusion over whether or not it was a party.