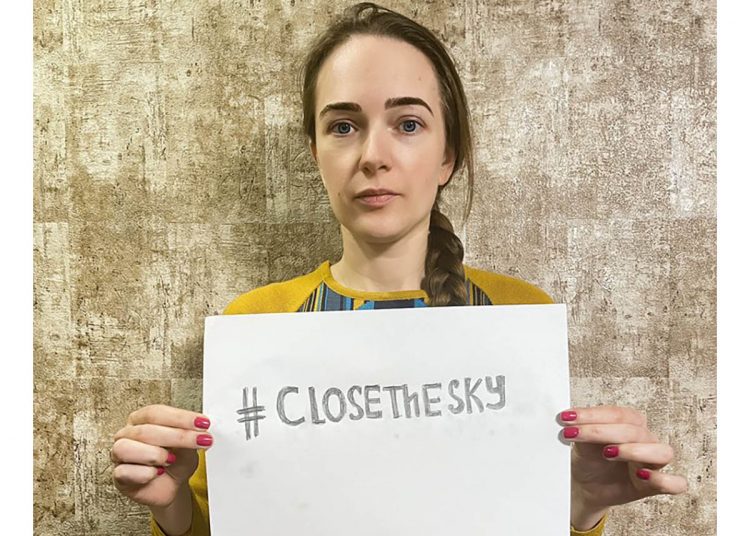 Making party political capital out of a tragic war is not just crass, it’s also poor statecraft. He seemed to imply there are parallels between himself and the heroism of President Zelenskyy as well. Whichever way you look at it, he couldn’t be more wrong. While casting Brussels as the ‘EUSSR’ is a tired, old trope, the European Union, unlike Russia, isn’t committing atrocities on innocent civilians. Far from it, it’s an organisation that was set up to promote peace and strong democratic principles.

Johnson’s speech was made while the Ukrainian ambassador to the UK – who had received a standing ovation earlier – was sitting in the front row. It’s not difficult to imagine what he made of the comment. But what of ordinary Ukrainians still in the country, finding themselves living moment to moment?

A view from Ukraine

Oleksandra Matviichuk is the head of the Center for Civil Liberties (Ukraine), living in Kyiv. Her organisation defends human rights in Ukraine. It also closely cooperates with similar organisations across the former Soviet region. For the past eight years, she’s been documenting war crimes following Russia’s annexation of Crimea and its hybrid war in the east of her country.

“My main focus”, she explains, “has been the illegal detention, torture and killing of civilians in the Donbas and political persecution in occupied Crimea”. The stories survivors have told Oleksandra are blood-curdling. They include beatings, rape, electrocution and maiming. Now her and her team are documenting more recent atrocities, including the deliberate shelling of homes, schools, hospitals and humanitarian corridors.

Against this backdrop, Johnson’s flippant comparison comes across as asinine and thoughtless. “The first thing when comparing our situation to yours”, Oleksandra points out, “is that Ukraine is fighting to join the EU. Eight years ago we started the Revolution of Dignity and paid a high price for it”.

Oleksandra was a coordinator for Euromaidan. They were a wave of protests and civil unrest that began in Maidan Square in Kyiv and spread across the country in 2013. They were sparked by then President Yanukovych’s unexpected decision to drop the signing of an Association Agreement with the EU. Instead he wanted to forge closer ties to the Eurasian Economic Union of post-Soviet states.

“Every day”, Oleksandra recalls, “hundreds of people were beaten, abducted and tortured. We were fighting for our democratic choice to build a country where the rights of everyone are protected, where government is accountable, and police don’t beat peaceful student demonstrators”.

She believes Putin wanted Ukraine to return to the ‘glorious past’ of the Soviet Union and it’s why the Kremlin installed a puppet regime. When that didn’t work, Russia annexed Crimea and fed an uprising in the Donbas as a precursor to the full-scale invasion now under way.

“An important point”, she says, “is that Putin is not afraid of NATO. He’s afraid of the spread of the idea of freedom. Ukraine is a key to Russia. When we succeed in our democratic transformation, it will have a huge impact on the whole post-Soviet region, and to Russia particularly. I’ve spoken to Russian human rights defenders who have been under constant threats and repression. When I asked them ‘how can we help you?’ they’ve always answered, ‘if you want to help us, please be successful’”.

When it comes to democracy, Oleksandra recognises one similarity between what her country is fighting for and the UK’s decision to leave the EU. “In this war with Russia we are fighting for the right to have a democratic choice”, she explains. “I strongly believe nations have the right to decide their direction. Just as Russia can’t stop the Ukrainian people choosing the direction for our country, it’s up to the British people to decide their own direction and their own destiny.”

But that’s where the similarity for her ends. The flippant comments of a far-away leader of another country won’t register with Ukrainians. “We have no time to discuss what some politician said”, she explains. “Ours isn’t a political gesture. We are dying in this war. Real deaths with real Russian missiles which are destroying schools and hospitals, the real separation of families, real cities that are isolated, real people who have been in bomb shelters for days without food, water or electricity.”

The struggle for democracy, for their country’s future has already taken a huge toll and it’s unlikely to end soon. But despite living in a city in which the artillery fire is getting ever closer to her home, Oleksandra is optimistic. “I have no doubt that Ukraine will win and Putin will lose. I don’t know how it will be for me personally because human life is very fragile, and we are at war. But as a human rights lawyer, I will do my best to see Putin and those who surround him in the International Court.”

What the EU represents to Ukrainians

Ukraine has been at war for eight years. The conflict has had little to do with Nato and everything to do with accession to the European Union. Has it been worth it? Oleksandra believes the reason Ukrainians have fought so hard and been willing to pay such a heavy price is because they don’t view membership of the EU as simply joining a geopolitical union. For them, being part of it represents something far bigger than that. “Joining the EU is about our choice to build the country of our dreams. And the country of our dreams is a country with sustainable democratic institutions.”

The contrast between our country and hers couldn’t be more stark: they are willing to fight for their lives to get what we have just walked away from. 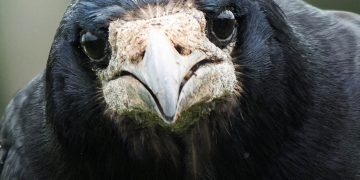