Justice Minister Dominic Raab demonstrates the fragile state of respect for the rule of law on the part of the UK Government. 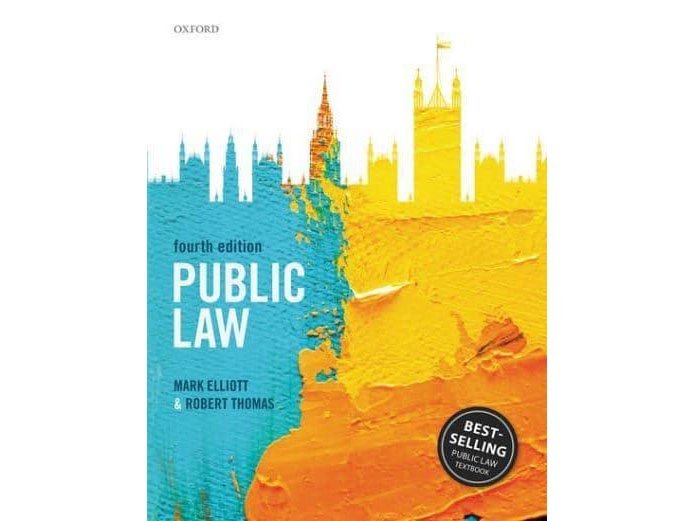 This article was originally a Twitter thread by Mark Elliot (@ProfMarkElliott) posted on 17/10/2021 and is reproduced by kind permission. You can find more of Mark’s writing on his blog “Public Law for Everyone“.

Another Sunday, another Sunday Telegraph story (£) demonstrating the fragile state of respect for the rule of law on the part of the UK Government. The Justice Secretary’s apparent plans raise three key constitutional concerns.

First, it sounds like the Government is reopening the question of judicial review ‘reform’. That isn’t in itself problematic: Judicial Review isn’t perfect and there’s no inherently ‘right’ balance between executive/legislative autonomy and judicial overview.

But we should be concerned if the Government is inclined to reduce the courts’ judicial review powers simply because courts make decisions that it finds uncomfortable. Government’s willingness to accept such discomfort is a prerequisite in a rule of law based democracy.

Legislating out of International Law obligations

Second, Raab says ‘we want the [UK] Supreme Court to have the last word … not the Strasbourg Court’. This implies a similar mindset to the one unpinning last week’s story about possibility of blowing up the NI Protocol with respect to the role of the EU Court of Justice.

That mindset assumes the UK can legislate its way out of its international law obligations. As I argued in this piece, that view is based on a legally illiterate form of British exceptionalism founded on a misunderstanding of parliamentary sovereignty.

As with the NI Protocol, the UK is bound in international law by its obligations under the ECHR. Article 46(1) requires the UK to abide by judgments of the Strasbourg Court. Saying in UK legislation that it is otherwise will not change the position in international law.

Third, Raab wants to ‘protect Parliament’ from ‘judicial legislation’, ‘abroad or indeed at home’. So the objection is not just to foreign judges ‘interfering’ — it’s an objection to judges interfering. But what is considered to be undue interference here?

Drill down, and we find that judicial interference essentially means ‘courts interpreting the law in a way the Government doesn’t like’.

There’s no constitutional problem, whether in separation of powers or rule of law terms, if Parliament legislates to change the law if it wishes to secure an outcome different from current law as interpreted by courts (as long as it’s not done retroactively).

A mechanism for ministers to correct court judgements?

Is Raab suggesting going further here? He wants a ‘mechanism’ to allow the Government to introduce ‘ad hoc legislation’ to ‘correct’ court judgments that ministers consider to be ‘incorrect’. But it’s already open to Parliament to legislate whenever it wants.

If, then, he’s actually proposing that ministers should have broad powers to make secondary legislation ‘correcting’ court judgments, then this is profoundly problematic. Indeed, it turns constitutional principle on its head.

In a different context, the Supreme Court (in the Evans case) said of a power allowing ministers to veto judicial decisions that it would undermine fundamental aspects of the rule of law.

It isn’t clear if Raab’s proposal would go this far or be limited to prospectively ‘correcting’ interpretations of legislation that ministers don’t like. But a ministerial power to do this would itself be deeply troubling, by reassigning a basic judicial role to ministers.

Ultimately, this all strikes me as part of a project to enhance executive supremacy — an ‘executive power project’, if you will — by treating courts (whether ‘foreign’ or domestic) as unwelcome interlopers, all masquerading as an attempt to ‘protect Parliament’.

In reality, however, it would be the executive that was the principal beneficiary of changes such as these, with basic standards of constitutional governance being the loser.

I’ve expanded on these thoughts in this short video:

Mark Elliott is Professor of Public Law and Chair of the Faculty of Law at the University of Cambridge, and a Fellow of St Catharine's College, Cambridge.