It's 2024 and a General Election looms. Horace Jackson is about to deliver his speech at his first hustings in Oxbridge. 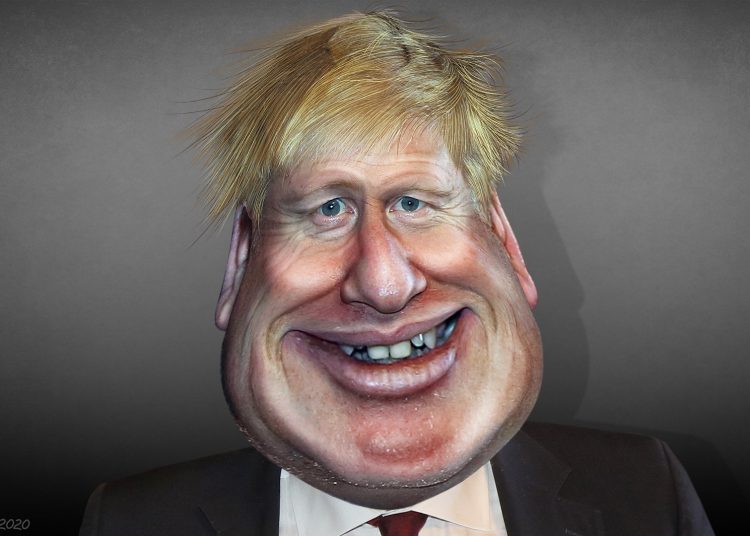 At the upcoming election, I ask you to put your country first, your nation first, and to re-elect this Great Government of Great Achievement headed by me, Horace Jackson, the Great Achiever.

Let us look – let us look, my friends, at our Great Achievements.

There is no greater achievement anywhere on the planet. So, let us ask ourselves how we did that.

Yes, we may have had a slight financial burden and we may have been a bit short of hospital beds. But those were temporary, transitory inconveniences from which Great Good will come. That Great Good we are already seeing. We are seeing more Great Good with every passing day.

The dead will never need hospital beds or burden our Health Services; the dead need no care, and – of vital importance – the dead have no need for pensions or housing or benefits.

The death of 150,000 people must be seen for what it is: a truly Great Achievement. We will not need new hospitals, more medics or more housing because we do not have to support these people. You do not have to support these people. We, the Government of Great Achievement, will never have to raise your taxes to pay for all those dependent people because they are now dead.

Of course, there is a downside to everything. We have always been very clear about that. You might have been a bit sad about your dead Granny. And we share your sorrow. We are deeply sorry for you. Poor dead Granny.

In fact, in Getting Wrexit Done, I, Horace Jackson and my Great Government of Great Achievement have made sure that you never have to encounter a foreign person from foreign soil ever again. This, your greatest ask of us, we have delivered for you. We have given you what you wanted.

And, if you vote to re-elect us in the upcoming election, we will deliver more Great Achievements. We will never let you be disturbed by angry truth-seekers marching noisily through your streets. We will never waste the time of your MP having to sit in Parliament. We will dispense with the role of MPs in Parliament so that your MP can devote all of his time to answering your emails about pot holes. Just think of it: you will be able to drive down your street and Never Again have to drive over a pot hole.

That is what having a Government of Great Achievement means: Never Again having to be pestered by pot holes.

I, Horace Jackson, will free your MP from the burden of Parliament. I, Horace Jackson and my Government of Great Achievement will do all the governing that this Great Island needs and deserves. We will do it alone, unencumbered by a Parliament that wastes the time of MPs whose local pot holes need them.

You won’t regret it.

And you never know, but I think there’s a very good chance that you might be able to spend your next summer holiday on the Very First Unicorn Farm. My dear Great Achievement colleague, The Honourable Gorgeously Useless, has given me his personal assurance that our most expert scientists and farmers are well on their way to making this, our Great Island, the Great Island of Unicorns.

We, the only ever government of Great Achievers, are here for you, you the Great Island people.

Next week VOTE HORACE JACKSON, Vote The Great Achievement Party, and together we can build the Great Island of Unicorns.

I commend myself, Horace Jackson, the Great Achiever humbled by Great Achievements, to you dear Ladies, Gentlemen, Honorables and Plebs.

Helen lives in Cambridge where she tries to write and make the world a better place for future generations.