Aidan Baker traces the fortunes of Robert Walpole, a politician from Norfolk, and wonders about modern parallels 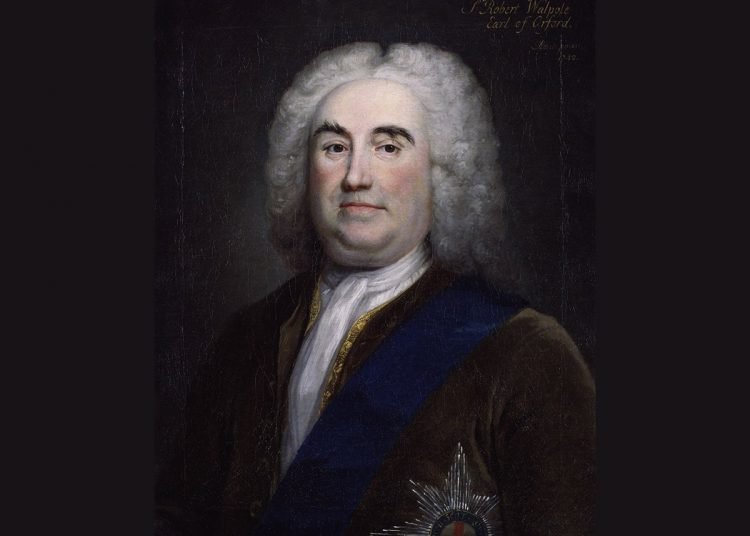 Photo by Arthur Pond at Wikimedia Commons, CC BY-3.0

These quotes are about a British Prime Minister.

“When he ceased to talk of politics, he could talk of nothing but women; and he dilated on his favourite theme with a freedom which shocked even that plain-spoken generation, and which was quite unsuited to his age and station.”

“That he practised corruption on a large scale is, we think, indisputable.”

“The governing principle of his conduct was neither love of peace nor love of war, but love of power.”

“Every member of the Government who would not submit to his ascendancy was turned out or forced to resign … The effect of this policy was that he had able enemies and feeble allies.”

That was Sir Robert Walpole (1676-1745), seen through the eyes of the nineteenth-century historian Thomas Babington Macaulay. Macaulay was reviewing the posthumously published letters of Horace Walpole, and the review article ran away with him to become an account of Robert Walpole’s doings.

Robert Walpole is usually accounted as Britain’s first Prime Minister. His tenure of the role was long by modern standards: 1721 to 1742. That, like the length of the River Deben, is a matter for debate, because the role of Prime Minister was and continues to be an evolving one. The term “Prime Minister” became current during Walpole’s lifetime. But it was not an official title, and he himself never accepted it.

Walpole on the way up

What is more certain is that he kept his power by considerable skill as a debater and parliamentary tactician. He was born at Houghton in Norfolk, and inherited the Walpole estate at the age of 24. He became an MP in 1702, at first for Castle Rising and then for King’s Lynn, and rose through a chequered parliamentary career to a position where it was his business to guide Parliament out of the crisis resulting from the collapse of the South Sea Company in 1720.

Walpole at the top

He held the position for two decades more.

His tax joke was that the landed gentry would squeal like hogs if you laid hands on them, whereas merchants would yield their uncomplaining wool like sheep. Then suddenly this approach no longer worked.

Walpole’s attempt to impose an excise tax on wine and tobacco was seriously unpopular with merchants. He withdrew the bill, and Parliament never voted on it – but he sacked the politicians who had opposed it.

Walpole on the way down

The damage was done. Those men joined the ranks of the opposition.

As the 1730s wore on, more and more people joined the ranks of the opposition, in Parliament and outside. More and more of the country’s discontents were blamed on the leader. The smart thing to be was anti-Walpole, for people in all parts of the political spectrum; and as Macaulay would later write, “some of the most distinguished among them, Pitt, for example, among public men, and Johnson, among men of letters, afterwards openly acknowledged their mistake.” The Johnson was Samuel, unconnected with any Prime Minister of our day.

For some time Walpole succeeded in playing his opponents off against each other. Their incompatible political opinions made this relatively easy. The end came when they got wise. They realised that the only thing they could agree on was “Down with Walpole!” and made that their main thrust, throwing out friendly appeals for support even to Walpole’s parliamentary allies.

Procedurally, Walpole’s downfall was effected by an agreement to treat a vote on the validity of a by-election as a motion of no confidence. Walpole was defeated on the vote and resigned from Government. He became the 1st Earl of Orford, but died three years later.

When he was gone, the people who had sunk their differences to achieve this fell out with one another. Moreover, they found they had no specific policies or programmes to implement following his departure. Hopes of golden ages turned to dust. His endgame isn’t quite an encouragement to a progressive alliance.

I think of all this as I watch Boris Johnson. There are points of similarity in the sexual appetite, the love of power, the large-scale corruption, and the leader surrounded by loyalty rather than talent. A key difference is that Walpole managed to hang on to office for so long. One lesson is not to get our hopes up too high. If Johnson goes, it won’t be the start of a political millennium. And another lesson is to recognise that mess in British politics is nothing new. 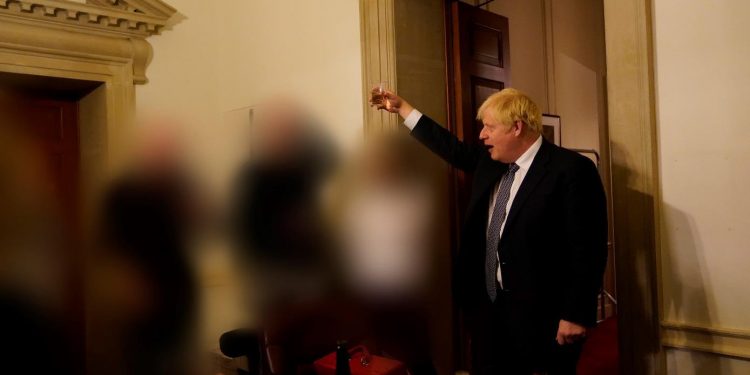