The Environment Agency is set to crack down on water companies like Anglian Water if they find deliberate transgressions of the law. 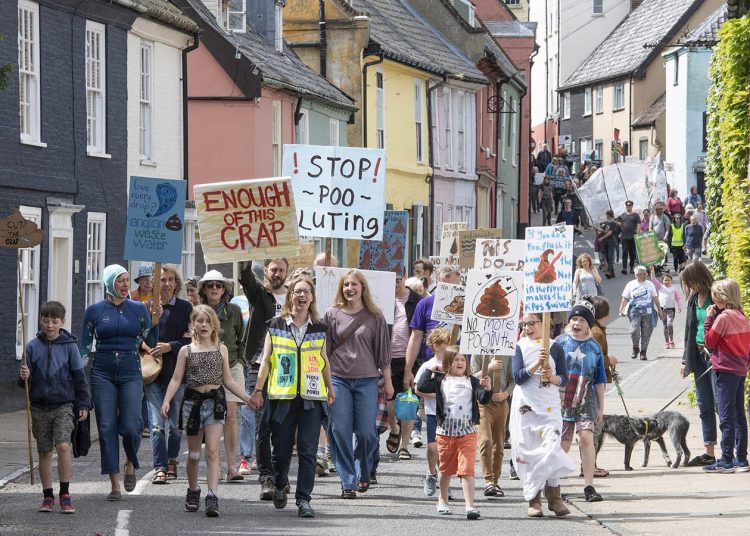 Bosses of water companies responsible for serious and deliberate pollution incidents should be jailed and struck off as directors so they cannot move on to other companies. This is the unusual recommendation of the Environment Agency (EA) chair, Emma Howard Boyd, after the performance of the companies fell to the lowest level seen.

Because the companies remain undeterred by the penalties issued by the courts, she also called for them to impose much higher fines for these incursions. At the moment the level of fines handed down to water companies by the courts are a fraction of their operating profits.

The call comes as the EA published a report into all nine of the Water and Sewage companies in England. It shows that the sector’s performance on pollution was much worse than previous years. Measured against their 4-star rating, most of the companies’ performance declined.

Covering much of the east of England as well as parts of the east Midlands, Anglian Water was rated by the EA as ‘Needed Improvement’. Its 2-star rating was down from its previous 3-stars.

The report found Anglian Water responsible in 2021 for 34 sewerage pollution incidents per 10,000km of sewer with 258 actual incidents overall. As a result, the company is one of five out of the nine in England, not to be rated green.

This report comes not long after the company pled guilty in Chelmsford Magistrates Court and was given a £300,000 fine for an incident that took place in 2016. At the time, around ten kilometres of the River Wid in Essex experienced high levels of ammonia for 3 days. It resulted in over 5,000 fish, as well as invertebrates dying.

Despite its failures, Anglian water has just paid its shareholders a dividend of £92million. Local anti-sewage campaigners were incensed and accused the company’s owners, including the Abu Dhabi Investment Authority and the Canada Pension Plan Investment Board, of ‘making off with our money like bandits’.

In addition, Chief executive Peter Simpson and finance boss Steve Buck were also awarded a combined bonus of £2.2million, on top of their combined base salary of over £900,000.

Feargal Sharkey, a well-known musician and environmental protester, told the Financial Times that: “Anglian has no shame. At a time when many people are struggling with the cost of living, we are being forced to pay for these fat-cat dividends and salaries through our water bills.”

EA Chair, Emma Howard Boyd said: “It’s appalling that water companies’ performance on pollution has hit a new low. Water quality won’t improve until water companies get a grip on their operational performance. For years people have seen executives and investors handsomely rewarded while the environment pays the price.

“Company directors let this happen. We plan to make it too painful for them to continue like this. The amount a company can be fined for environmental crimes is unlimited, but fines currently handed down by the courts often amount to less than a Chief Executive’s salary. We need courts to impose much higher fines. Investors should no longer see England’s water monopolies as a one-way bet.”

Working with the Department for the Environment, Food and Rural Affairs, (DEFRA), the Environment Agency is taking a number of actions. This includes, as per the new Environment Act, increasing monitors on all storm overflows, both on the network and at sewage treatment works (currently many are un-monitored), and making the data public, as well as increasing inspections at sewage treatment works.

The EA is also about to undertake the country’s largest ever investigation into environmental crime. It will involve all water companies and will examine whether water companies have knowingly and deliberately broken the law in relation to the treatment and discharge of sewage.

Four companies offer water and sewage (waste water) services in East Anglia, with the most prominent being Anglian Water, followed by Essex and Suffolk, South Staff Water, and, Affinity Water. 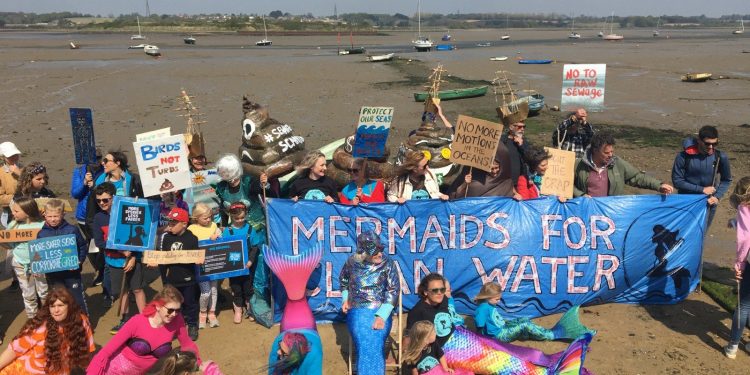 The power of the consumer