Members of Cambridge University Ukrainian Society are calling for peace and for support from the international community. 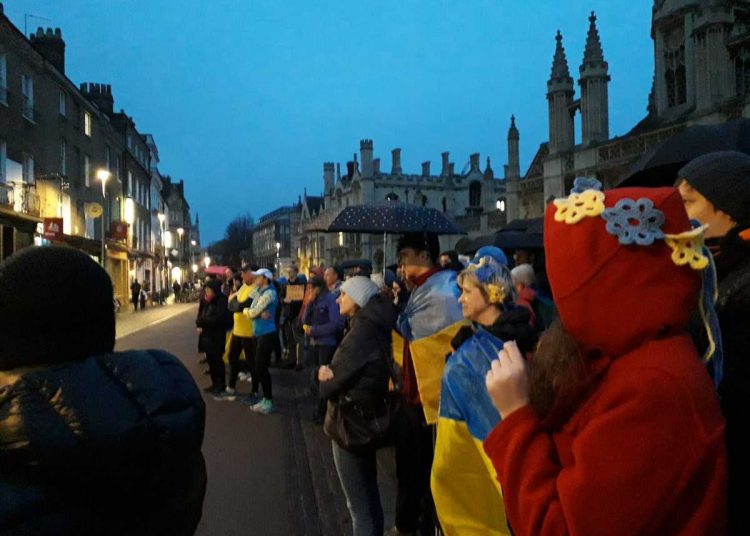 On Thursday, a vigil was held in Cambridge to mark two weeks since Russia began its full-scale invasion of Ukraine. Attendees lit candles and listened to Ukrainian songs, as they remembered all those who have been killed in the assault.

Every day since the war started, people have gathered in Cambridge city centre for rallies, vigils and marches, organised by the Cambridge University Ukrainian Society. Society members have told powerful, heart wrenching stories of their family and friends in Ukraine: one woman’s 70 year old mother has been sheltering in a bomb shelter; another man’s close friend, a young woman, was killed by Russian rockets.

“As a historian, I can see why NATO is doing what it is doing. But as a citizen of Ukraine, I can’t see why.”

Stepan Blinder is a Ukrainian PhD student at Fitzwilliam College, studying Polish and Lithuanian history. Every day, Stepan leads a rendition of the Ukrainian national anthem, which marks the closing of the rally or vigil.

Prior to coming to study in Cambridge, he lived in Kyiv with his family, who are still there now. A friend lives in a small town north of Kyiv, currently encircled by Russian troops. “I am making calls every day, trying everything to get safe routes to get him out,” Stepan says. “I will never forget this.”

Whilst Stepan is grateful for the international support Ukraine has received, he is disappointed that the country’s allies have not gone further. “We can do this if we work together”, he says. “Russia is one country. The rest of the world is 200 countries. If we work together, we can easily defeat Russia and stop the war.”

Stepan says he is particularly disappointed by NATO’s response, and their failure to impose a no-fly zone. “As a historian, I can see why NATO is doing what it is doing. But as a citizen of Ukraine, I can’t see why.”

Danny Mykhaylyuk, a Chinese Studies student at St Catharine’s College, thanked attendees at the vigil. “It’s been fourteen days now, and this war is not stopping, the shelling is not stopping”, he said, in a powerful speech.

Danny has organised an evening of music and dancing on Friday at Cambridge’s Thrive Cafe. The event will raise funds for a charity run by Danny’s mother, which is helping to evacuate Ukrainians to Poland.

You can follow Cambridge University Ukrainian Society on Facebook or Twitter for information on all of their events, how to donate, and daily news from Ukraine.

You can find ways to support Ukrainians here. 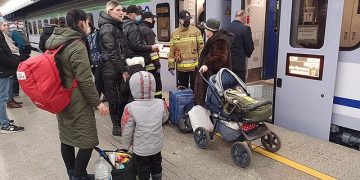 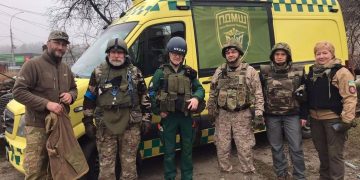