A perfect storm of Brexit and Covid-19 has led to an estimated workforce reduction of one million jobs to the UK economy. 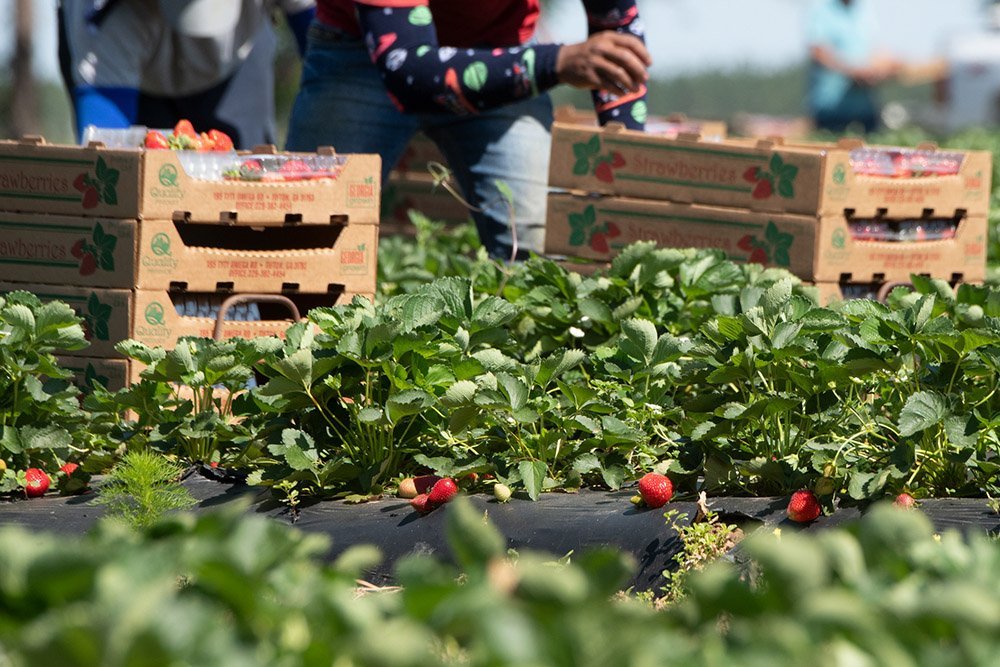 A perfect storm of Brexit and Covid-19 has led to an estimated workforce reduction of one million jobs to the UK economy. This labour shortage is having a profound impact on businesses like ours in farming that have historically relied on workers from overseas.

It was a nervous time early in 2020. We had just reached the political milestone of leaving the EU on the 31st January and were watching with interest the developments of Covid-19 initially in China, then closer to home on mainland Europe.

At that time, 3.65 million EU and non-EU nationals were thought to be working in the UK economy, which had seen declining unemployment levels, reaching a low of 1.28 million at the end of 2019, and rising numbers of overseas workers supporting our economy that was growing at circa 1.25% p.a.

By the time Boris Johnson told the country that people ‘must’ stay at home and certain businesses must close, many workers who were EU citizens had already made their decision about what to do and left the country.

For our farming business, that meant our core team of seven Romanian colleagues, who had been a mainstay to our operations for the last five years, deciding to up and leave the night of Friday 20 March before the borders were closed.

Coupled with the fact that Brexit had left them feeling ‘unwelcome’ and unsure of their security within the UK, they now saw the UK as being a ‘dangerous’ place to work due to the high rates of Covid being reported. And if the world was about to face the challenge of a pandemic, they would prefer to face it together with their families in their home countries.

It turns out, our workers were not alone and were accompanied by many others. In fact, the number could be as high as 1.3 million other overseas nationals, according to the Economic Statistics Centre of Excellence, or 35% of those from overseas who were working in the UK only a year earlier.

Our farming business like many others had to address a sudden shortfall the best way we could. “Pick for Britain”, a government initiative that started in April 2020 when much of the country was furloughed, helped many to function. However, according to an inews report, “One unnamed farming insider estimated that Britons only made up between five and 11 percent of the 70,000 roles required.” The scheme was closed after 12 months.

Labour market: where are we now?

Our economy is nearly back to pre-covid levels but our labour market is in crisis: ONS data for August 2021 indicates that payroll numbers are only 201,000 below pre-covid times, job vacancies are at a record high at 953,000 and unemployment is around 1.6 million.

Unemployment levels have risen only modestly by about 300,000 while we may have lost as many as 1.3 million workers, leaving a combined labour shortfall that could be as high as one million.

Most of these people would have historically filled positions in the lower paid, less desirable parts of our economy, such as agriculture, factory and warehouse operatives, hospitality, care homes and truck driving to name but a few. These are characterised by generally lower pay and poorer conditions, and have historically been hard, or indeed impossible to fill from our own UK labour pool. Is it any wonder we are reading almost daily of logistical issues?

Wage inflation is rampant. Lorry drivers are being offered substantial pay rises just to stay. In desperation, farm harvest pickers are being offered money to just turn up.  Pay offers have increased to up to £40/hr to harvest crops. Meanwhile, the UK Government refuses to acknowledge our new reality.

A G Pearce Ltd, one of the country’s biggest vegetable producers, says it is losing thousands of pounds a week and having to throw away food due to a labour shortage, and is 20-30 percent down on previous years. Recently, a pig farmer from Sudbury reported on LBC that he’d had to cull hundreds of his pigs because of a shortage of butchers.

Our own business had to be restructured to enable us to function in 2021 and avoid what would have been a very troubling season indeed. There is also huge resistance from the market to recognise inflationary pressures, with annual business tenders seeking out unsustainably low prices.

The shortage is a drain on the economy

The simple truth is rooted in the numbers. We need more workers in our economy to keep it going at these levels – lots more workers, and these workers won’t be found on the Government’s approved worker occupation list.

Businesses like ours will therefore be asked to muddle through, and to pay handsomely for people if we can secure them. This, ultimately, must lead to higher prices being paid for goods and services, or businesses being forced to close.

With the drawbridge fully up to many overseas workers, even if they wanted to return, many now won’t be able to. The simple fact of the matter is we don’t have enough people to do all the jobs required and this will act as a substantial brake to the UK’s economy and growth moving forward.