Why aren't there more women in comedy given half the population is female? Women are given a harder time in clubs. Could that put them off? 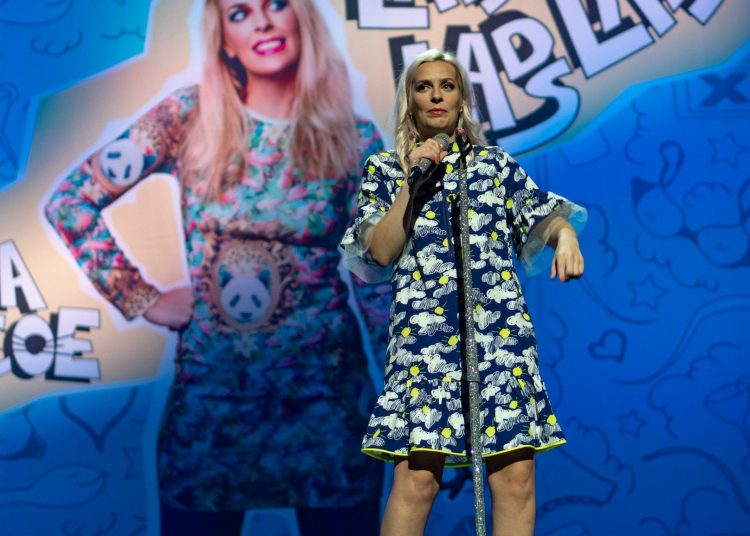 International Women’s Day provides us with the opportunity to reflect on how far women have come in terms of their representation and visibility. This includes within all branches of the arts and entertainment.

Essex and the East of England are not short of excellent female comics. Then why are so many comedy bills and TV panels so ‘boy’ heavy?

If you watch or listen to any TV or radio quiz show with comics, you’ll find that most guests (and hosts) are male. Female comics often mention this either during the shows themselves or in interviews. A ‘token’ female may be brilliantly funny and sharp, but still a bit out of place in the ‘boys’ club’ of the panel show. The ratio of male to female comics is slowly changing.

Why the embarrassingly low representation of what is, after all, half of the population of earth?

This world of the ‘default male’, is explored in Caroline Criado Perez’s insightful Sunday Times bestseller ‘Invisible Women’. What do women need to do to make it in comedy? Do they need to ‘be more like men’ (what Criado Perez calls the ‘Henry Higgins Effect’) or is the female experience a rich source of comedy material which stands up on its own?

Are those female comics from Essex and the East of England — Sara Pascoe, Ellie Taylor and Esther Manito…. so funny because they’re so uninhibited? They are not ‘ladylike’, but they use their femininity, their experiences as women and the juxtaposition of women and men to create hilarious comedy.

In the 1980s and ‘90s, female comics were often criticised for only talking about periods and childbirth, thus excluding their male audiences. Even now Esther Manito’s act includes material about a man walking out of one of her gigs at the mere mention of a cervical smear. In the 20th century there was often outright hostility towards some female performers. Men in the audience heckled with offensive and often sexually aggressive comments. Manito reflects in a Guardian article promoting her tour #NotAllMen: “I definitely don’t feel nostalgia for the 90s!”.

Nowadays, verbal abuse of female comics is more likely to take place online via Facebook or Twitter. Celeste Dring and Freya Parker (comedy duo Lazy Susan) satirise this in a sketch where they invite audience members to call their ‘phone line of abuse’ rather than trolling on Twitter. The pair explained in an interview on Woman’s Hour (Radio 4, February 8th 2022) that as a woman in comedy, you have to expect a certain amount of abuse. The kind of in-person abusive behaviour displayed in the ‘90s is less likely, but women still receive more abuse online than men.

Is this because the comedy scene is still predominantly male? If so, why is this still the case?

Perhaps it’s because society expects heterosexual relationships with the female as the main carer. She should not be leaving her family (if she has one) to travel the country performing late into the night at pubs and comedy clubs. Esther Manito didn’t let this stop her, as she explains in an in-depth interview with comedy superfan Richard Gill. People questioned whether she should be doing it, but she went ahead anyway.

Or are women, as claimed in a 2019 study by Dr Gil Greengross, simply not as funny as men? This study, which claims that 63% of men were funnier than the average woman, was not based on comedians. Whilst the study could be considered laughable (pun intended), this stereotype could still be damaging to women wanting to enter the comedy world and could deter new female comics from trying to break onto the circuit. Will the comedy world, over the coming years, become more balanced in terms of gender?

Whatever happens, I would encourage you to enjoy the work of our best local female comics!