Studies suggest your dog has evolved to love you, given they have been companions for humans for the last 25,000 years. 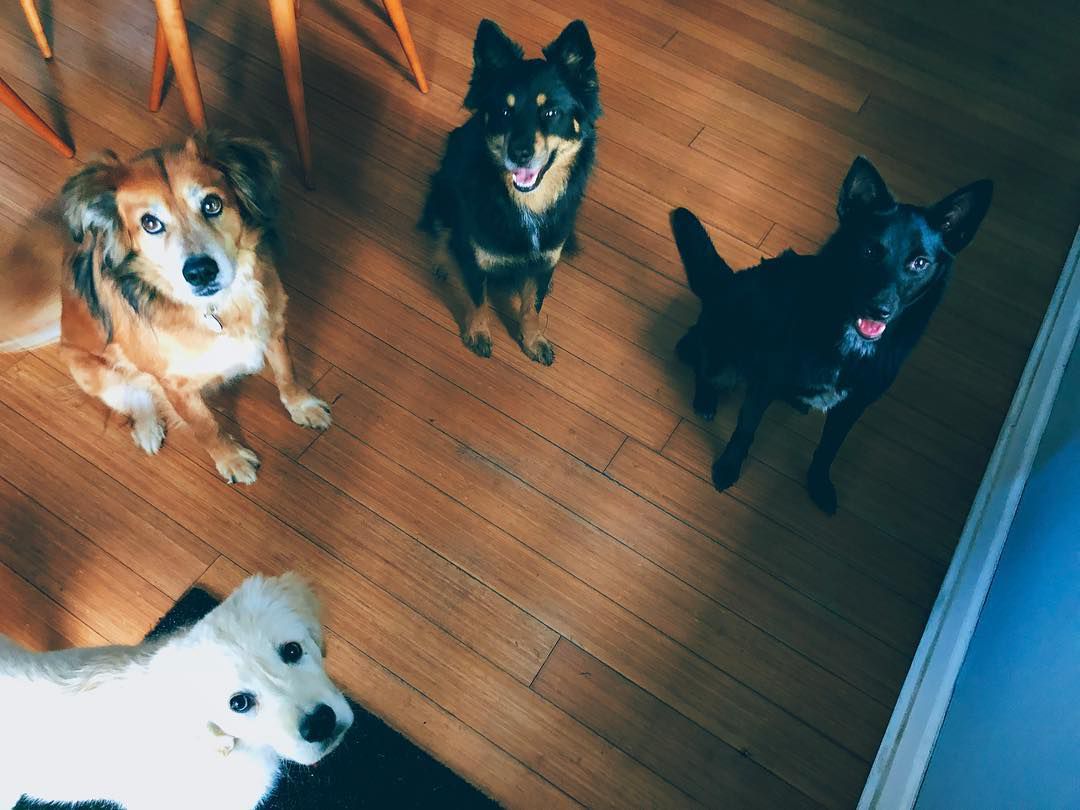 Why your dog has evolved to love you. Photo by wagonzalez on Instagram under CC licence

I am looking at my dog. He is looking at me. He is much more advanced than me. He is better evolved. He sits ahead of me, in evolutionary terms. He is what biologists would call a successful species.

Let me explain. He is not always aware of the right place to pee and poo. If his meal is finished, a display of empty hands and an “All over” are not always understood.

I have mastered all these arts. But still…

When we moved to Suffolk almost two years ago, I wondered just when it had been made illegal not to own a dog. The 1990s? Obviously, no better observed than the laws on speeding. There are plenty of speed merchants on the A12. And there are a few people who do not own a dog.

If I were a dog stealer, and there have been a few thefts around this way, sadly, I would greatly prefer to be caught by the local police rather than the local populace. We have not had a hanging on the market square for some centuries, but…

How dogs may have evolved to love humans

A recent study by the Wildlife Science Centre in Minnesota, US, published in Current Biology, looked at the response of wolf cubs and puppies to humans. Wolves, the species Canis lupus, are related to our domesticated dogs, Canis familiaris.

The wolves displayed no great affinity to humans or their offspring. The dog pups showed an immediate affinity. Why?

Most people may vaguely assume that physical characteristics, dark/blonde hair, whatever, are linked to our genes. We might assume, equally vaguely, that behaviour is not. It is learnt.

Not true. Instinctive behaviour, the awareness that to behave in a given way increases your chances of survival, seems also to be linked to genes. Certain mating patterns appear to be acquired, as a set of genes, among a wide range of birds and fish species, for example. They are expressed by each generation without recourse to learning from the previous one. (Evolutionary biologists will recognise the intellectual short cuts here. Sorry.)

Those dogs who evolved alongside humans – and one suggestion is that dogs first began to socialise with humans in Northern Siberia perhaps 25,000 years ago though it may have happened elsewhere too – saw the gene that expressed itself as a fondness for humans concentrated in Darwinian evolutionary terms.

Packs of wild wolves do not attack armed packs of humans. They would have sat, back then, beyond the camp fire, deterring other predators in return for a few bones or surplus meat tossed their way. This is a classic symbiotic relationship.

Gradually, those wolves, who may have been an extinct species rather than Canis lupus, became closer to humans. Some acquired a degree of fondness for their symbiotes. Those that had it to a degree were kept within the human pack, nurtured and allowed to breed.

Those that did not have it, those that attacked humans or their offspring, were killed or driven out. So the gene for liking humans became more concentrated.

This is how evolution works. This is how the giraffe got its neck. Longer necks, on the savannah, meant more food from tall trees such as acacias. Those with longer necks, then, ate more and reproduced more. Their offspring were more likely to have longer necks. So it goes.

This creature before me, with floppy unwashed ears and a waggly tail, sits at the end of an evolutionary process that has produced one of the most successful species on Earth. Biologists see species as successful in terms of their ability to occupy a wide ecological niche which allows them to reproduce in large numbers and dominate that niche. Beetles and rabbits are massively successful. They exist in huge numbers, in beetles in more species than we have yet been able to count. Giant pandas and Californian pupfish are much less so. They are in danger of dying out.

My dog has evolved to ensure that the most successful species on the planet, that is you and me, will provide him or her with unlimited food, love, shelter, visits to the vet, whatever. We are below him on the evolutionary scale.

We are symbiotes. I am the anemone, he is the clownfish. So have we evolved. He has evolved to be able to rely on me for everything. I serve my role in so doing.

There is even speculation that human society may have developed in the way it did, becoming more social, because of our interaction with dogs. Another time, then.

It is all a bit Douglas Adams. You mean the Universe is really run by dogs? Not mice, then?